Great cause, great thought – but is that enough? As the world heaved a collective sigh of relief after the twelve young soccer players and their brave coach were rescued, an altruistic gesture caught international attention. Tesla CEO Elon Musk offered to help. He sent his engineers to aid the rescue and subsequently, flew in with his invention, a kid-sized submarine. And this wasn’t the first time. Last year, in the wake of a destructive hurricane in Puerto Rico, he offered to help re-electrify the country, which lost 95% of its power grids. He sent Tesla solar battery packs to Puerto Rico. Recently, he offered to help with the water crisis in Flint, Michigan, where a lead-contamination of the city’s water source prompted a Legionnaires Disease.

In the past, many corporates have stepped in to provide humanitarian relief and response. In the aftermath of hurricane Maria, Google’s parent company Alphabet proposed launching experimental balloons over the island to bring emergency connectivity to hard-to-reach places. In recent years, corporates have come forward with disaster response ideas and offer to aid relief work – from the 2006 earthquake and resulting tsunami in South Asia to Hurricanes Harvey, Irma and Maria.

But does devoting corporate resources to disaster aid truly provide the intended benefit? In the case of the Thai cave rescue mission, the invention and offered help was said to be ‘not practical’. Similarly, Google’s Loon balloons idea could not take off without a telco partner’s network. There have also been instances where corporate items sent as aid were not necessarily needed. Clearly, these aid responses have been more aspirational than practical.

Without a doubt, corporations are powerful forces that can make a difference in communities, especially, in times of need. But if there’s one thing that these incidents highlight, it is that productive aid requires more than good intentions and generosity. After all, for every innovative idea with promise, there are dozens that are not worth pursuing. And while it is heartening to see so many corporations stepping in, to make a real and lasting impact, they must plan a thoughtful and timely response and work in collaboration with aid agencies and governments working on the ground. In a nutshell, tech entrepreneurs need to realize that to be truly helpful, they need to be leaders, not cowboys rushing on a rescue mission. And at the end of the day, although people appreciate well-meant gestures, there’s a fine line between authentic and opportunistic thinking and action. 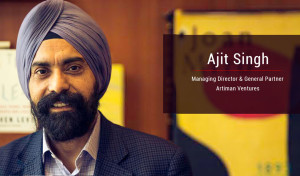